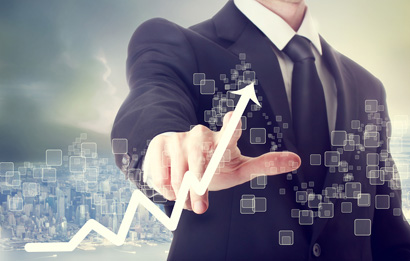 Investors are complacent, even confident, regarding the prospects for 2015. That is in spite of the market being at valuation levels higher than all but one previous market peak of the last 100 years, while the economy appears to be slowing, corporate earnings growth is slowing, and the bull market has lasted an unusual length of time without a correction. In fact, the high level of investor optimism and confidence is itself a concern.

Ignoring those realities, investor focus seems narrowed down to a couple of comforting generalizations. The Yellen Fed has our backs, and the third year of the four-year presidential cycle is always positive.

In reality, neither is comforting for 2015.

It is true that the Fed has been in control for six years. Therefore, the rationale regarding the slowing economy is that prior economic growth was a positive for obvious reasons, but the evidence that the economy is now slowing is also a positive. It ensures that the Fed will probably not move any time soon to begin raising interest rates. Heck, if the economy slows too much the Fed can even backtrack and provide another round of QE stimulus.

That may be. However, smarter people than me, some with access to the thinking of the Fed, including Fed members themselves, are not so sure of that. They believe the Fed needs to continue on its course toward normalization, begun last year with the removal of QE stimulus. It may risk taking a small recession now, rather than guaranteeing a bigger meltdown later if it continues to blow stock and debt bubbles.

What we can know is that faith in the Fed at this point is not as wise as many think.

Yet the same easy money policies that resulted in those severe bear markets once the market became overvalued, now constitute the ‘Yellen Put’ that assures us that all will be well in spite of the current over-valuation. Do we ever learn?

The other generalization is the broad acceptance that there is nothing to worry about for 2015 since it is the third year of the Four-Year Presidential Cycle, and the third year is always positive.

That is also a misconception of history.

It is true that the history of the four-year presidential cycle is that the market tends to experience most of its serious corrections and bear markets in the first two years of the four-year cycle, while the third and fourth years are almost always positive.

The driving force behind the pattern is the desire for an incumbent president to be re-elected. History clearly shows that presidential administrations, regardless of party, allow or sometimes even create, economic and market problems in the first or second year of their terms to get them out of the way. That leaves them time in the third and fourth year of their term to do whatever it takes in the way of government spending and other efforts, to make sure the economy and stock market are recovered and strong by the time the next election rolls around.

For example, while the normal pattern took place in the first terms of the last three re-elected presidents, Reagan, Clinton, and Bush Jr., it did not show up in their second terms when they could not be re-elected again.

At this point, investors depending on the support of the Fed once the market becomes over-valued, and the history of the Four-Year Presidential Cycle when an Administration is serving its second term, seems dubious to say the least.

So far in 2015 all has been well, with the market at new record highs. It will likely continue to be okay for a while. The market’s annual favorable season, which tends to be positive no matter where we are in the four-year presidential cycle, or in market valuations, usually continues into April, May, or even June (but not always).

However, as the year progresses, rather than trusting in the Fed and the third year of the presidential cycle, investors would be wiser to pay attention to the realities of the overvaluation levels, slowing economy, high level of investor confidence, the age of the bull market and the other factors historically present as market tops approach.

Although my analysis and indicators keeps my subscribers and me on the buy signal of last October, and almost fully invested, we are already watching developments more closely. Nothing I am seeing disabuses me of the expectation that 2015 will be a volatile year, at some point calling for downside positioning in ‘inverse’ funds and short-sales.

Ignoring the changing conditions, instead trusting the Fed and the third year of the presidential cycle, is a perilous approach for 2015.