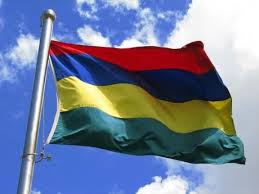 The FSC and FSPA pointed out that it is unfounded to claim that Mauritius is a tax haven when the country has “adopted all of the internationally acclaimed standards in tax matters, [and] always practiced a policy of transparency and exchange of information.”

In June 2015, Mauritius signed the Multilateral Convention on Mutual Administrative Assistance in Tax Matters, developed by the Organization for Economic Cooperation and Development (OECD). Mauritius is committed to the early implementation of the Common Reporting Standard on the automatic exchange of financial account information, as developed by the OECD.

They also noted that Mauritius was the first African country to sign an intergovernmental agreement with the United States for the implementation of theUS Foreign Account Tax Compliance Act (FATCA), and, more recently, committed to implement the OECD’s base erosion and profit shifting recommendations and the initiative on the exchange of beneficial ownership information.

The FSC and FSPA added that Mauritius remains an active member of the Eastern and Southern Africa Anti Money Laundering Group, the purpose of which is to combat money laundering in Eastern and Southern Africa by implementing Financial Action Task Force recommendations. As such, Mauritius “has always been at the forefront in the fight against international tax evasion and other malpractices.”

Furthermore, they confirmed that the OECD Global Forum on Transparency and Exchange of Information for Tax Purposes has rated Mauritius as a “largely compliant” jurisdiction. This, it was said, “bears testimony to the good standing of our jurisdiction in so far as transparency and exchange of information is concerned. The Mauritius international financial center also has the required exchange of information mechanisms in place through the bilateral tax treaties that it has signed.”

Finally, they said Mauritius’s fiscal regime “is underpinned by a transparent system which provides for a level playing field and a competitive tax bracket for businesses and individuals at a single rate of 15 percent. This regime has successfully generated substantive economic activities across all sectors of the Mauritian economy.”