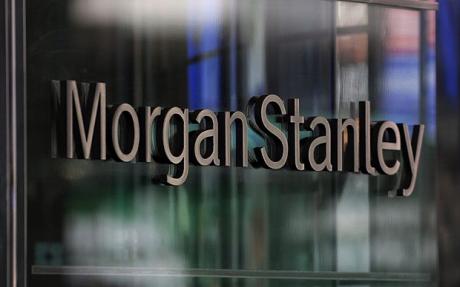 The CFTC Order requires Morgan Stanley to pay a $350,000 civil monetary penalty, cease and desist from further violations of the Commodity Exchange Act (CEA) and applicable Regulations, and comply with certain undertakings, including continuing cooperation with the CFTC’s Division of Enforcement in any investigation, civil litigation, or administrative matter related to the subject matter of this action.

Part 17 of the CEA, and the accompanying Regulations, require registered FCMs such as Morgan Stanley to report certain futures and options positions to the CFTC. Reports made by FCMs pursuant to these regulations, commonly referred to as Large Trader reports, are used by the CFTC to evaluate potential market risks and monitor compliance with CFTC requirements.

The Order finds that from 2007 through 2017, Morgan Stanley omitted mandatory futures and options data from its Part 17 Large Trader reports to the CFTC. These omissions were the result of four distinct problems with Morgan Stanley’s proprietary reporting software. Each one of these software issues caused required data to be omitted.

Reporting regarding CME contracts was deficient between at least January 2009 and September 2015. Required data regarding MGEX transactions was omitted during the period between 2007 and 2015. In 2016, after the first two software issues had been corrected, Morgan Stanley identified, and corrected, a third software glitch that caused options data omissions from its Large Trader reports.

Finally, in 2017, Morgan Stanley discovered, and self-reported to the CFTC, a further problem involving incorrect coding of active client accounts. As a result of this coding error, certain positions held in these client accounts were not correctly aggregated and, consequently, were not reported consistent with Part 17 requirements.

The Order finds that, by not including this mandatory futures and options data in its Large Trader reports, Morgan Stanley violated Section 4g(a) of the CEA and CFTC Regulation 17.

In the Order, the Commission recognizes that throughout the Division of Enforcement’s investigation, Morgan Stanley provided substantial cooperation. Notably, with respect to certain reporting deficiencies, after Morgan Stanley became aware of them, it proactively provided substantial and detailed information regarding the scope and duration of the deficiencies. During the course of its own internal investigation, Morgan Stanley became aware of an additional deficiency, and self-reported that deficiency to the Commission. Morgan Stanley promptly remediated these reporting deficiencies, and proactively implemented processes to ensure similar problems will not recur. The civil monetary penalty imposed has been significantly reduced on account of this cooperation.