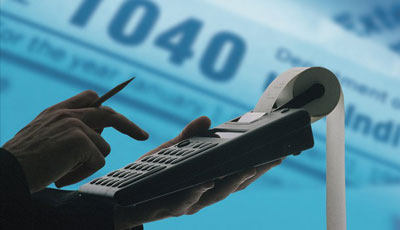 Voters will be asked whether they accept the federal law that was adopted by Switzerland’s national council in June 2016 “with a view to enhancing the competitiveness of Swiss business”.

International companies attracted by reduced tax rates make a significant contribution to Switzerland, and bring 150,0000 jobs to the country, the government said (link in French) in its explanation of the voting options.

The existing rates have to be abolished to bring the country in line with international standards, but the new proposals aim to avoid scaring off these businesses, it said. Allowable deductions for research and development will be increased to encourage innovation, and a ‘patent box’ tax regime will be introduced to allow lower taxation of income from intellectual property.

The federal government will increase the proportion of income tax that it passes to Switzerland’s cantons from 17% to 21.2% to allow them to cut local business tax, it said.

It is impossible to predict what result the changes will have, the Swiss government said, as it will depend on what the cantons, and other countries, do with their tax levels. Some companies may decide to leave – but others may decide to move to Switzerland, it said.

However, “if the reform is not adopted, Switzerland will lose its appeal for companies and those with special status may decide to settle elsewhere. The confederation, the cantons and the municipalities will all face tax losses that we cannot currently quantify”, it said.

Tax expert Heather Self of Pinsent Masons, the law firm behind Out-Law.com said: “This is another sign that the tectonic plates of international tax planning are starting to shift. BEPS is making it harder for countries to offer ‘special deals’ for multinationals, but the response may be to offer low tax rates for all. Whether we will see a race to the bottom, or whether some countries facing budget pressures may take a different route, remains to be seen.”

BEPS refers to the shifting of profits of multinational groups to low tax jurisdictions and the exploitation of mismatches between different tax systems so that little or no tax is paid. Following international recognition that the international tax system needed to be reformed to prevent BEPS, the G20 asked the Organisation for Economic Cooperation and Development (OECD) to recommend possible solutions. In July 2013, the OECD published a 15 point Action Plan and the final reports were published in October 2015. As a member of the OECD, Switzerland is obliged to take heed of the OECD recommendations.

The Swiss referendum on 12 February covers three issues: corporate tax, naturalisation of young immigrants whose families have lived in Switzerland for three generations, and a national road building fund.

Switzerland and the US approved a new framework last month designed to facilitate the flow of personal data between the two countries.

The Swiss-US Privacy Shield is based on and aligned with the EU-US Privacy Shield that was finalised last year, according to the US’ International Trade Administration. The EU-US framework is the subject of a legal challenge.